Understanding interactions between plants and atmosphere to deal with climate change

Studying the fascinating Amazon forest, its interaction with the atmosphere and relations to climate. This is the field of interest of Eliane Gomes-Alves, postdoc at the Max Planck Institute for Biogeochemistry. Alternating field work in Brazil and the data analysis part of her research Jena in Germany she’s a real globetrotter. Interculturality and open-mindedness are her daily companions.

“I’m a biologist, so I was always very interested in studying the Amazon forest. I started my research in Brazil, where I got to know about the project “Amazon Tall Tower Observatory”. This is a bilateral project between the German and the Brazilian government. I decided that I wanted to work in it, applied for the job and got it. This is why I came to Jena.”

Find out more about the research project:

“In the ATTO project, we have more than 200 researchers now and there are several institutions involved. Here in Germany, the three institutions that are representing ATTO are our institute, the Max Planck Institute for Biogeochemistry, the Max Planck Institute for Chemistry in Mainz, and the Karlsruhe Institute of Technology in Rastatt. We have some collaborators in the US too and researchers from several institutions in Brazil. And here in our Institute in Jena we have people from different nationalities working in the project. So, we have Brazilians, Colombians, Germans, people from the UK and some more. In general, at the institute we are very international.”

“I really like to work with people from different cultural backgrounds. I think I have learned a lot about different cultures, because this is always a common topic of conversation when we have lunch or when we are interacting outside work. We are talking and asking each other about the different cultures. I think this is something very obvious to ask, when you meet someone from a different country.”

“I also like to learn about different perspectives of seeing the same thing.”

“And this is closely related to the cultural background of each person. Even the way of how I think of things or how I live now has been influenced by this international community that I interact with.” 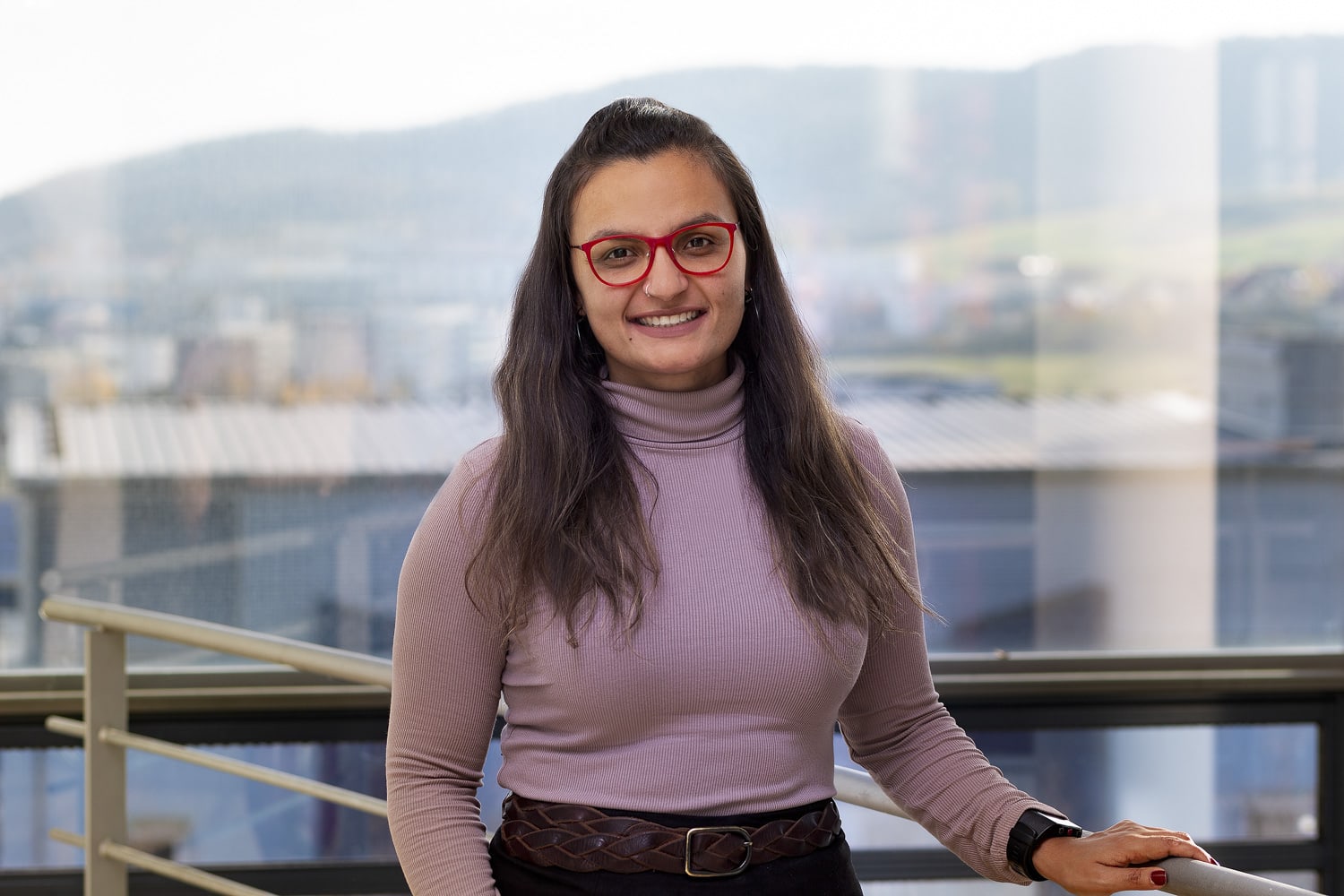 The scent of plants

“What I basically do in my research is measuring some gases that tree leaves emit to the atmosphere. These gases are commonly known as the scent of plants or the scent of forests. We don’t see them, but we can smell them and the reasons why they are emitted by plants can be very important for ecological processes. For example, for pollination, where flowers can release these gases to attract bees, or leaves can release these gases to defend themselves against herbivores. But they can also emit these gases to protect them against high temperatures or drought. And this is where my research is more focused on, because I want to relate these emissions to climate.”

Understanding interactions between plants, atmosphere and relations to climate change

“There are some studies predicting already a high increase in temperature and droughts that could be more severe and intense in the near future.”

“Knowing how plants will cope or are already coping with these stresses, can help us to understand how big these impacts will be to the forest and how this will affect the whole society, when we think that the Amazon forest is the most important continental carbon storage in the world.”

“When it’s hot, the blend of compounds that these plants emit to cope with the heat changes. And the different compounds have different interactions with the atmosphere. Some compounds are more reactive, some compounds are less. So, when we change the composition of theses compounds, we consequently change the processes that are taking place in the atmosphere. This is why it is very important to understand which compounds are being emitted and when they change. Because then we can estimate the follow-up processes in the atmosphere. One could say, the climate change changes the gases that plants release and then those gases change the climate. They feedback and they can feedback positively, or negatively. We are trying to understand these feedbacks.”

“My first visit to Jena was already when I was moving to Jena. But I heard about Jena long ago because of my institute, which is very famous. And also because I heard about other famous researchers that studied and did their research here, including in the university of Jena. So, I knew about the city. I like living in Jena. It’s nice, because it is not a big city but it’s not too far from big cities, it’s like two hours from Berlin, one hour from Leipzig. And then my daily life here is easy, because I can commute to the institute by bike, this just takes like 10 minutes.”

“There is a lot of nature around the city so I go for hiking quite often. And my friends, the people I interact with here, are very international.”

“The main reason I am here is because of work and I really like working here in this institute. I love the research that I do and I like my work colleagues here.”

“For me it was a very good decision to move to Jena. The network that I started here is very important for my research and also my future.”

“I feel like I already started a network that can be very important for my research career thinking of a long term.” 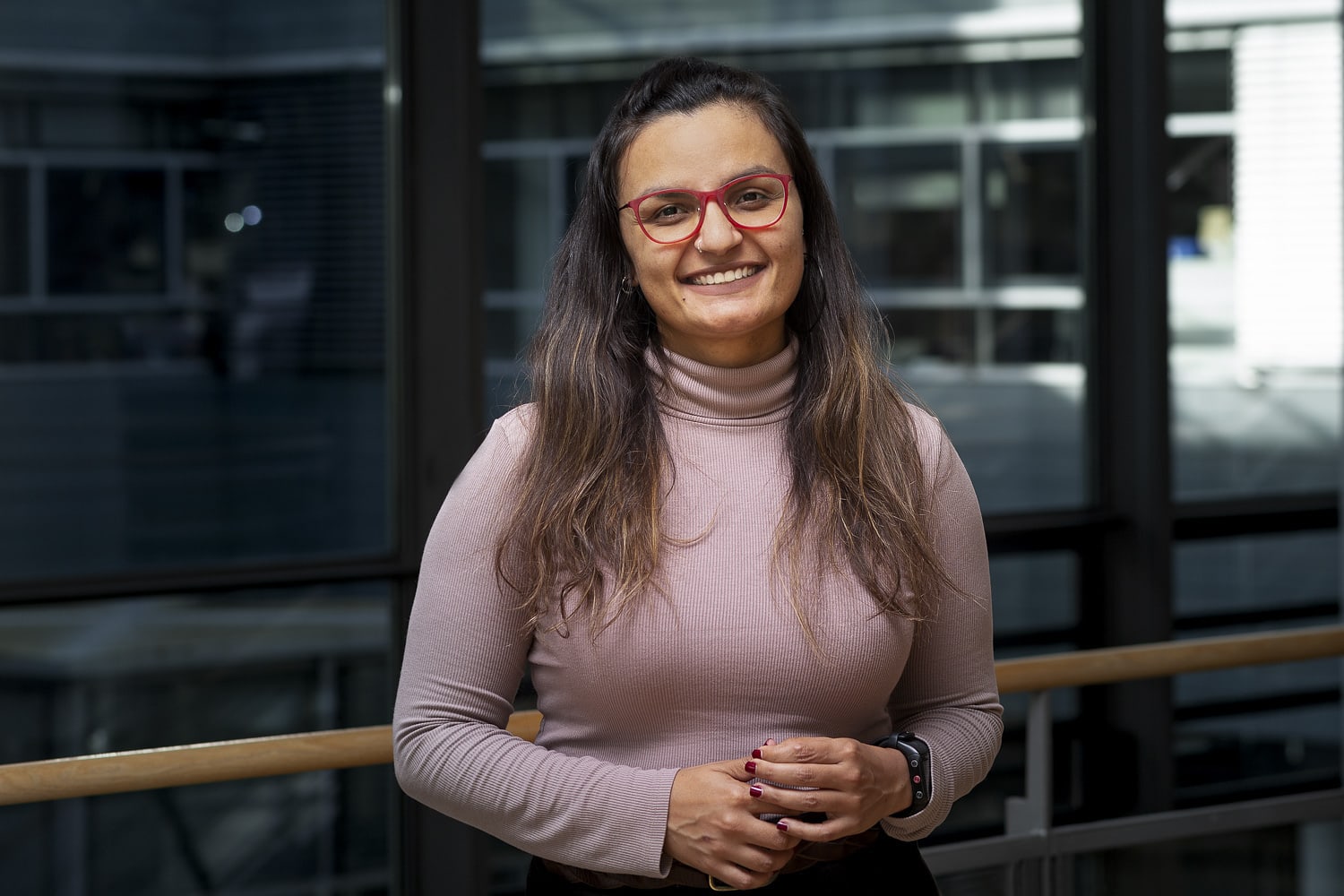